Millicent Young, based in Saugerties in upstate New York, has produced an excellent recent body of work, as evidenced in this show. Young grew up in New York and was educated at Wesleyan University (in Connecticut), the University of Virginia, and James Madison University (in Virginia); but she has been living in Saugerties, some two hours north of New York City, for two years now. Her pieces remain affecting over time, being driven toward an abstraction supported by the conspicuous use of natural materials–horsehair, tree branches, clay. The non-objective properties of her art may sometimes act as concomitants to social and political interests–as happens in Young’s exhibition, named When There Were Birds (part i) (2019). Young’s abstractions generally stay that way–this means that her lyricism is derived from her uncanny use of materials rather than the adherence to visual realism. It also means that her art is based on an imagination that remains indebted, generally speaking, to the specificities of her immediate surroundings. Young is very much an artist tied to the particular beauties of her environment, even if her imagination is also taken with larger, even international, concerns. It is likely that the tensity between the details derived from nature and the larger interests, social and political, Young addresses results in the achievement seen in this show.

With very, very little left to innovate in a technical sense in fine art, much contemporary work addresses not only national but international political concerns. It can be argued whether, given the need for thematic specificity in art, a worldwide regard for such concerns would strengthen the work of artists, whose output is always local, of course. But, because of the Internet, issues beyond the immediate geography of the artist are sometimes, maybe often, addressed in art–even in abstract sculpture: look at the pieces done by the Columbian artist Doris Salcedo, whose graduate studies occurred in New York. Her sculptures, regularly made from wood and concrete, silently elaborate on political violence: the disappeared in Argentina, the consequences of colonial rule. Yet her work does not provide actual illustrations of such events and conditions; instead, her work appears entirely as abstraction. This gives her work a generally unspecified position that loses the advantages of specificity.

But in the piece If I Speak… (1998), Young goes in both directions: toward high specificity as well as nonobjective presentation. Her exactitude takes the form of quotations, on one side of squarish gray-tan clay tablets, some of them with holes in the middle, from the 1997 documentary film “Calling  the Ghosts,” which describes the rape camps in Bosnia Hercegovina, actie in the early 1990s. On the other side of the tablets are parts of written testimony brought to public by violated survivors of the same conflict; their descriptions, taken by Human Rights Watch, culminated in rape’s classification as a crime against humanity, as well as a war crime. What could be more true, and despairingly meticulous, than speaking of one’s own experience of rape? The phrasing on the tablets offers, to those who take the time to read their speech, a sense of what these women have gone through. At the same time, their words become visuals in the striking installation, in which the tablets, some seven pieces across, are hung, with a mirror, mounted on the wall, conveying the witnessing seen on the reverse side, as well as the face of the person regarding the show. In this way, a connection between the historical experience of rape and the act of its contemporary witnessing are brought together.

One senses the violence in the tacit brutality of the holes in the center of a few of the pieces. One directly reads about the violence in the texts supplied. The contrast couldn’t be greater between Young’s visually nonobjective approach and the terrible details we become exposed to. At the same time, Young’s internationalism can be argued about. The leap made by Young’s piece on Bosnia Hercevogina is experienced by virtue of the artist’s worldwide, more or less atemporal, historical imagination. It would seem that the artist’s empathy establishes a connection between the victims and herself. But is the tie fully operative, or successful, given that such distances in events and geography occur? If I Speak…, an eloquent record of something very rarely described, indicates genuine concern on Young’s part in regard to a systematic brutalization of women. It is a poetic conduit between now and the past, emphasizing as it does the cost of sexual violence. Even so, it can be questioned whether the viewer can or will make the leap into an empathic response to the crimes. This difficulty lies at the base of almost all political art, but it may be particularly hard to sympathize with events that occurred so long ago and so far away. Given the poetic excellence of the piece, though, it is likely we can.

Most of the work Young makes is inexorably spiritual. Part of this is expressed by the homely, but highly evocative, use of natural materials–to the point where one thinks of the austere furniture of the Shakers! In her sculpture named Bobbin with Prayer Beads (2005), Young creates an outsize version of a bobbin (a wooden spindle around which thread is wound) and nine prayer beads connected by a rope spun from fir . The beads, a dun tannish color, are much larger than the originals Young might follow, as is the spindle, some five feet in height. On seeing the spindle, her audience would easily think of women’s work in America’s 19th century. On seeing the beads, a viewer might well tie them to Catholicism or to Buddhist prayer. Young is an original in the sense that she affirms spirituality in much of her art, and, given her imagery here, she is consciously making the tie. Such pious intelligence is a gift, considering we have rejected Young’s manner of thinking en masse. Perhaps part of the beads’ attraction, in addition to their enlargement of size, stems from our sense of the artist’s interior life being expressed. The combination of allusions to weaving and religious feeling works extraordinarily well.

It can be asked, Does spirituality in fact occur in art at present, or is it needed? We seem to have shifted from the spiritual to the political, which is taking up much exhibition space at this point–at least in America. But our political art is often rigid and rhetorical rather than actually descriptive. Nothing like that exists in Young’s sculptures. Instead, there is the sense that art is meant to occupy a high plane, in which both artist and viewer engage a plateau of elevation. Even so, the works do not directly express a known or conventional spirituality; the ties to such things are indirect, and lead to moods and atmosphere instead of particular religious assertions. This means that Young needs to find her themes and materials in uncommon places–in her mind and art.. Her recent move to upstate New York, in combination with decades spent in rural Virginia, where the woods are easy to frequent, has put her in touch with an uncommon vision of things. Nature results, in Young’s case, in a piety of her own manufacture; the outside world universalizes her understanding, while her lack of convention renders it particular. Such a contrast has become a mainstay of contemporary art.

In When There Were Birds (2019), the lyricism inherent in all of Young’s art takes over. Working with wood and horsehair, the artist lets us see how she might be understood as an elegist for nature; white horsehair falls from slender branches that approach the state of young trees. The installation fills a large portion of the gallery space, and at moments, the horsehair might be seen as falling rain. But as beautiful as the work is, the title brings us sharply back to our present condition, in which the natural world has been prey to development for centuries. Little can be done, of course; and it is clear that Young’s installation is praise for fallen circumstances. Indeed, this situation seems to be, now,  the precursor of all art made about the environment. Whatever Young’s motive, When There Were Birds mournfully celebrates nature, its capacity to originate metaphor. The thin branches act as supports for the descending horsehair, which exist as a lyric economy for an economy that has done so much damage to our forests and creatures. Perhaps Young is not thinking in this way, but the work demonstrates more than a usual comprehension of the poetry of loss. We can say that this is a sublime no one would reject, being as it is the example of woodland, as opposed to human, transcendence.

Young’s audience will assume that the title Aleppo (2016) refers to the ancient, still inhabited modern city in northern Syria. This is generally true; more specifically, the piece acknowledges the violence occurring in Aleppo during the Syrian civil war, which took place there during the years 2011 to 2016. This work exists in a state between two and three dimensions: it consists of a muslin frame surrounding a thin plaster slab, onto which unreadable writing has been roughly put down in red (at the bottom of the marble we see a thin, jagged red stripe set across it horizontally). We have no information from the artist where the writing comes from or what it means. Hanging from a thin wooden pole attached to the ceiling, Aleppo offers what we can consider, quite literally, a piece of its archaic inspiration. This is an ode to a past neither the artist nor her audience can recover; buried in some five thousand years of time, the city has never been excavated by archeologists because the modern city still exists in the same place. More important, the work demonstrates the pain of very recent history in Aleppo. Once again, we meet here an implied elegy, in which time itself becomes a subject for mourning, albeit in a hidden fashion. A condition of loss permeates this piece.

If we consider the show in its entirety, we come across a state of mind that exists because of Young’s merger of spirituality with art. Today, this is terribly hard to do. Because we are now in a state of real need in regard to our interior life, we may not immediately trust Young’s intuitions, at least in part because they are unconventional as religious notions. Yet the undercurrent is there, set deeply into the art. Fine art needs very much this kind of thinking, but it is rare. Young lets us know, in hidden ways, that she aligns with both beauty and spirit. It looks like this is the only way her insights can be delivered in a memorable manner today, given our penchant for materialism. As time goes on, we find our imagination more and more depleted by the wish for things. Art and nature–the latter, however damaged it may be!–can be brought together though, in a fashion that (partially) salvages them both. Additionally, Young’s spirituality, a common thread through the four works in this show, exists as a counterbalance to the way we live. This may be easier to do in the countryside! It becomes clear that Young has always possessed a sensibility reified by her relations to the landscape, and this is much to our gain. In having such a mindset, she keeps herself–and us–alive. 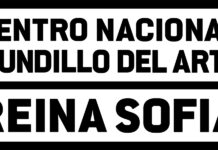 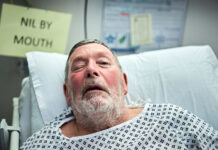